To reach Koenji on the other side of central Tokyo, we took the wondeful Yamanote Line which circles the city, from Ueno the short distance to Ganda, just before the Tokyo city station, transferring to the Chuo line to travel to Koenji [ko-en-gee, with the emphasis on the ko].

Upon which I found I'd taken the signature photo for the blog.

Koenji we had learned was a place of character, retaining a sense of village, artistic, creative, musical.

And so it proved to be, but first we found a nice local diner where the little book of dietary limitations that Emikosan had produced (and that David so beautifully made into super-kawaii with coloured pencils) for Helen proved immediatlely valuable. 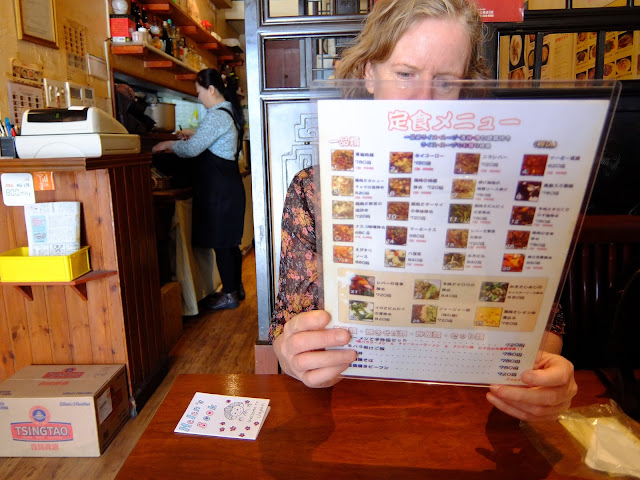 The food was excellent, the others coming into the place were locals. This 'setto' cost Y840 (about $A9), main dish fish, octopus, quails eggs, celeray and more, freshly cooked; the soup startlingly good. Salad and rice and nice almond dessert, which Helen passed to me, no one imagines that nut = oil.  :-) 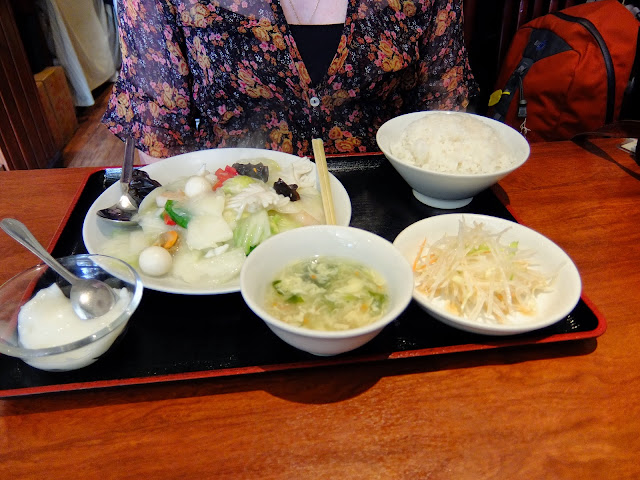 An ulterior motive for going to Koenji was the number of second hand shops, especially second hand clothes shops, visitation to such being a central purpose of a Helenic vacation.

The place had a cheerful and gentle feel to it, with some exceptional elegance in some shops. And lots of interesting people. There seems to be always here the option to just stop somewhere and photograph the passing parade, not least those on bikes. We had not imagined the bike so central to life here.

After a while you stop seeing the cables overhead, just as one seems no longer to see the progressive enthrottlement of our homes by cables, connections, chargers ... 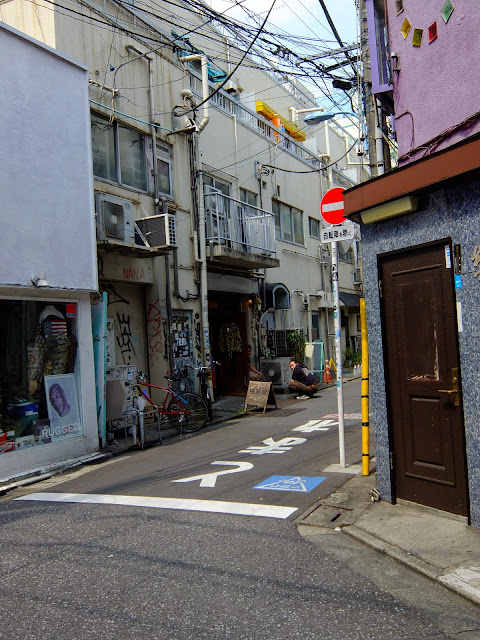 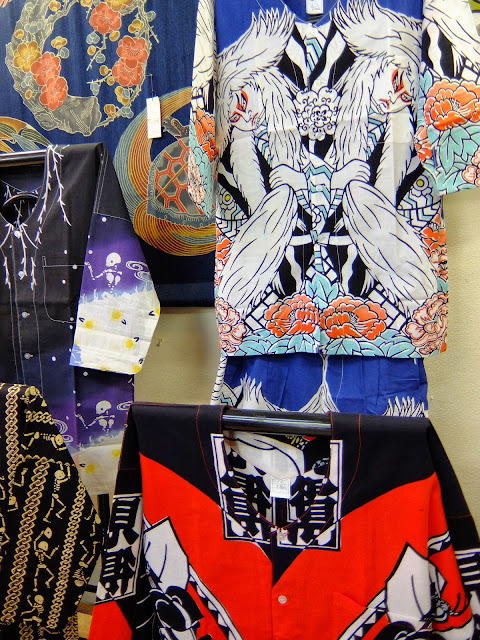 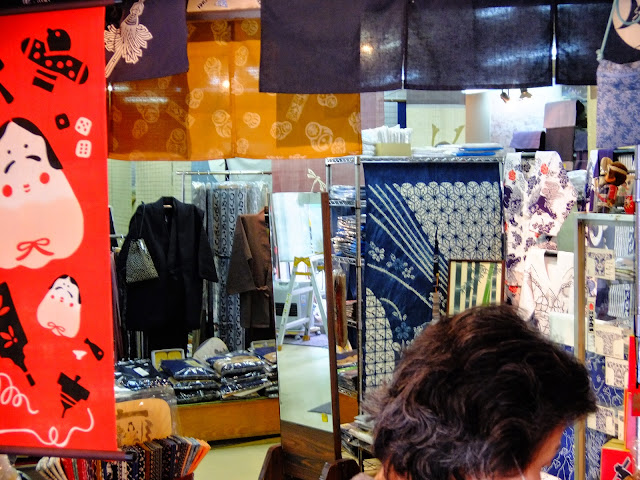 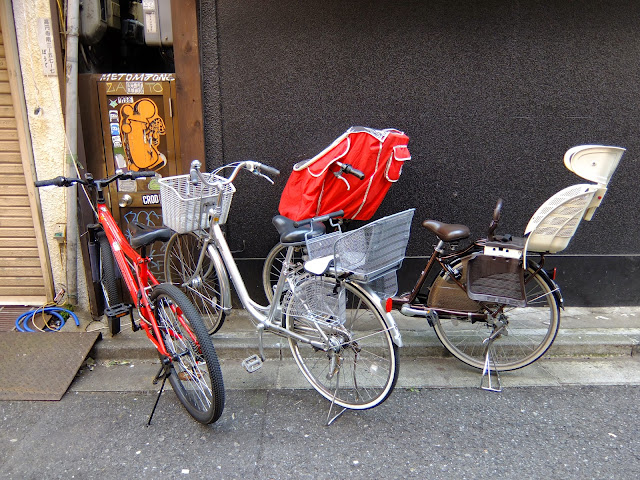 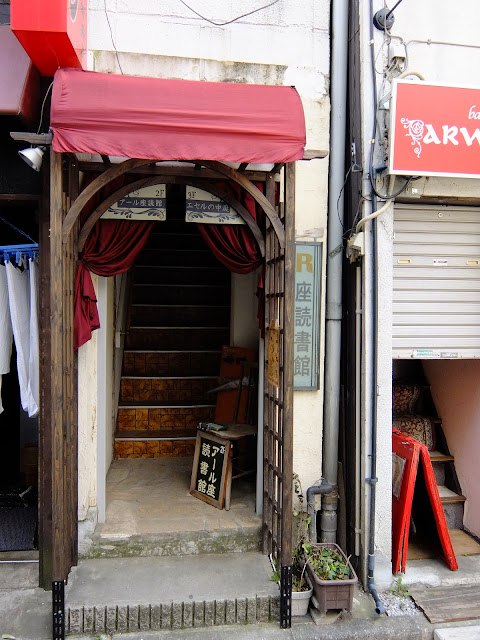 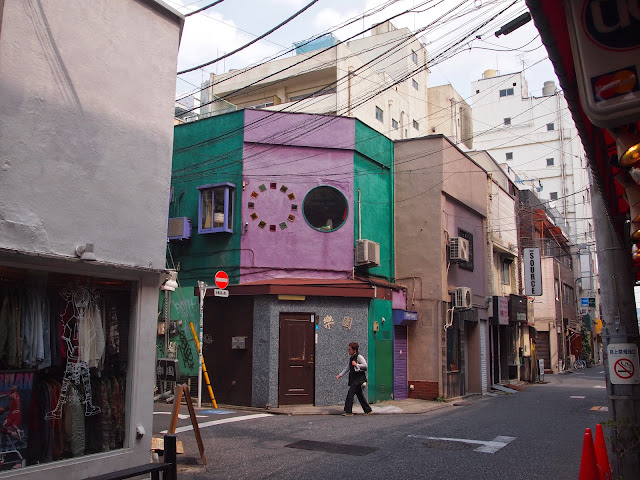 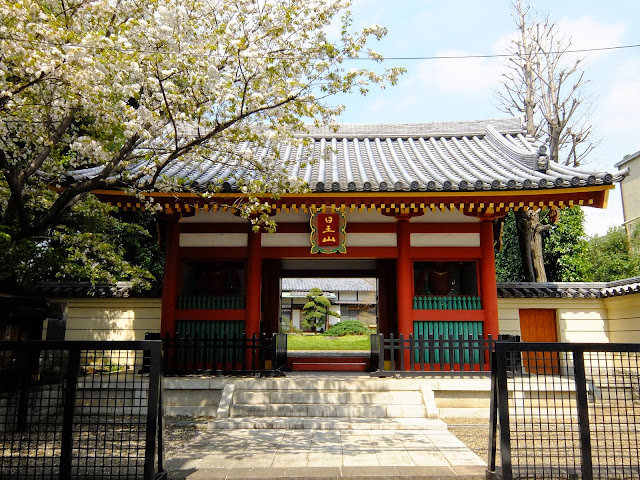 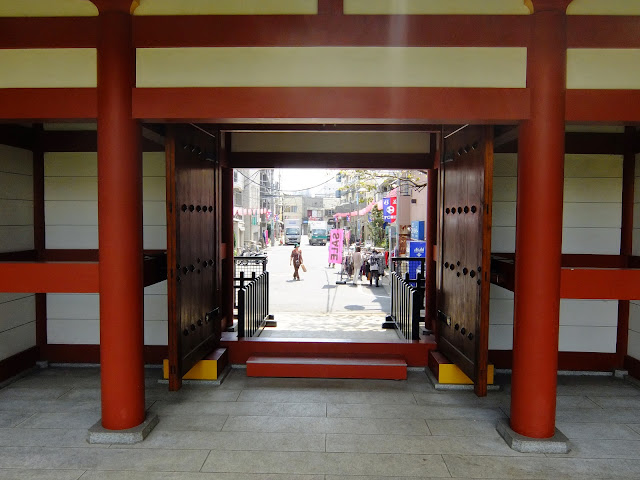 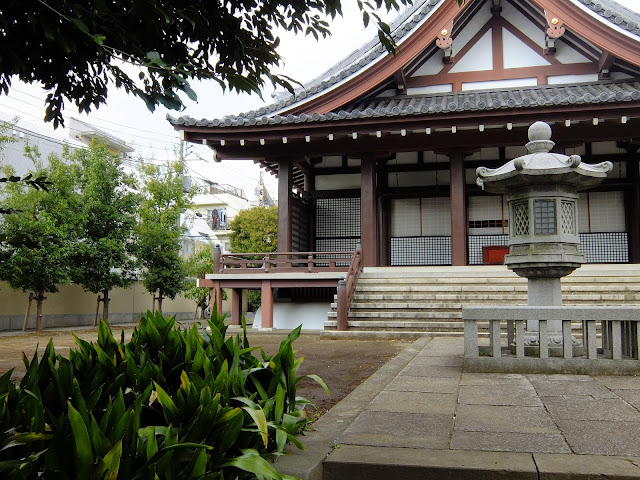 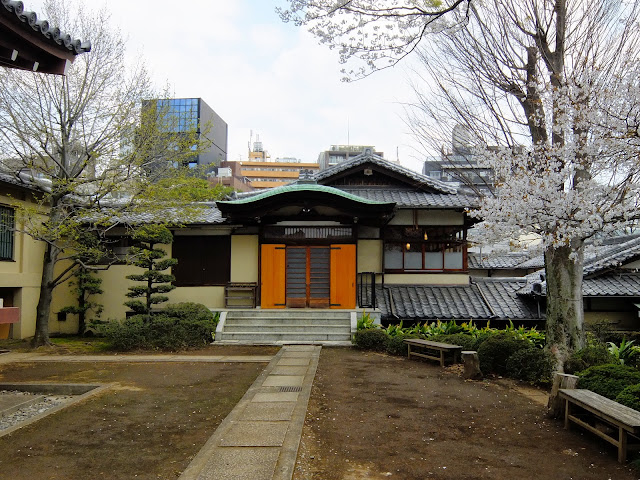 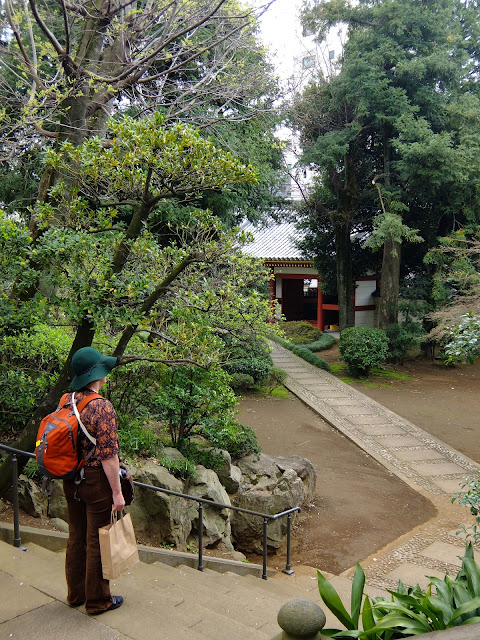 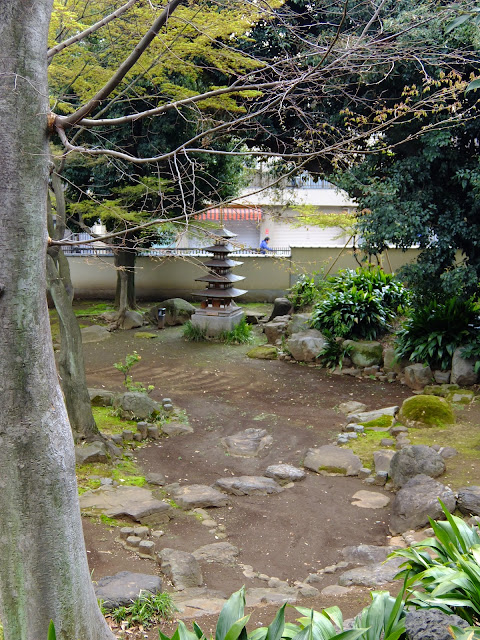 and then resumed life among people. 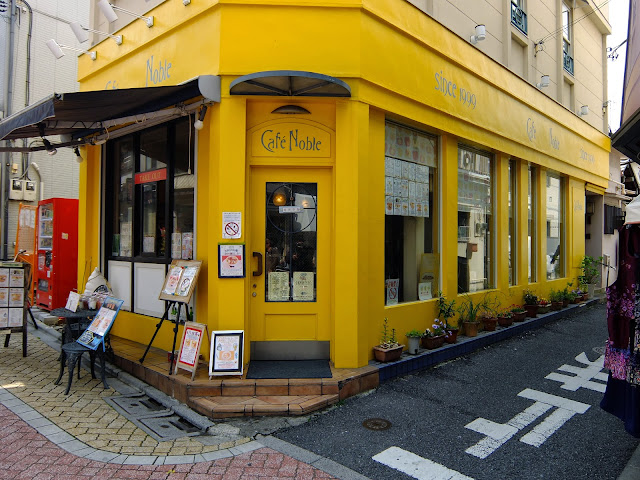 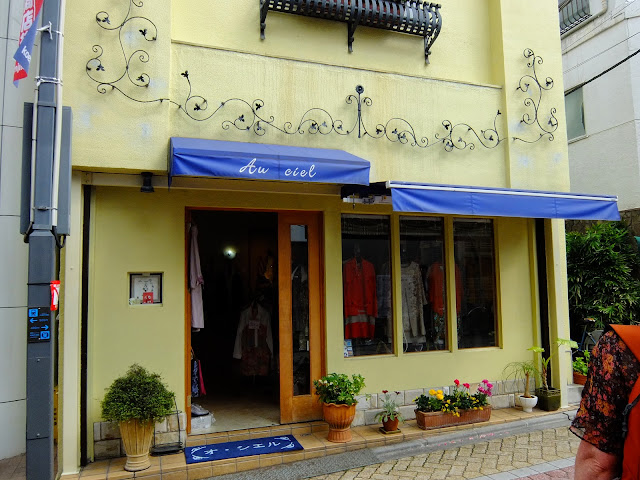 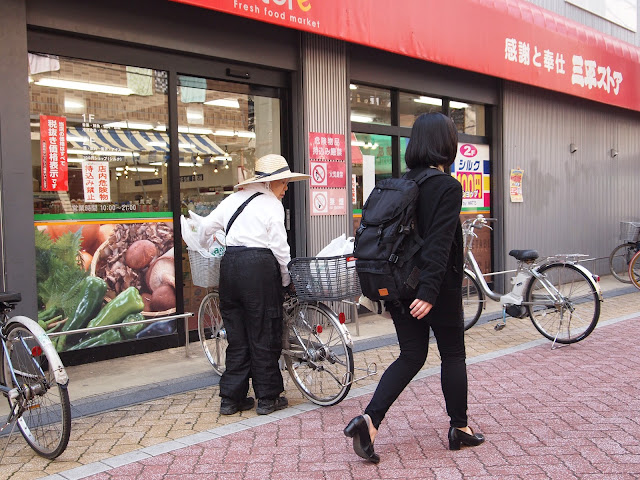 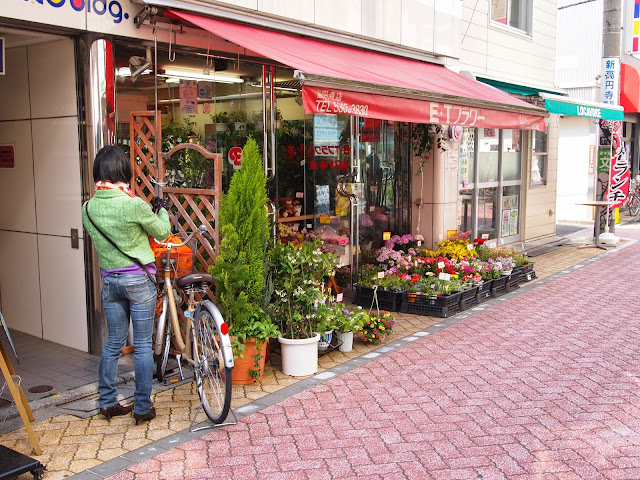 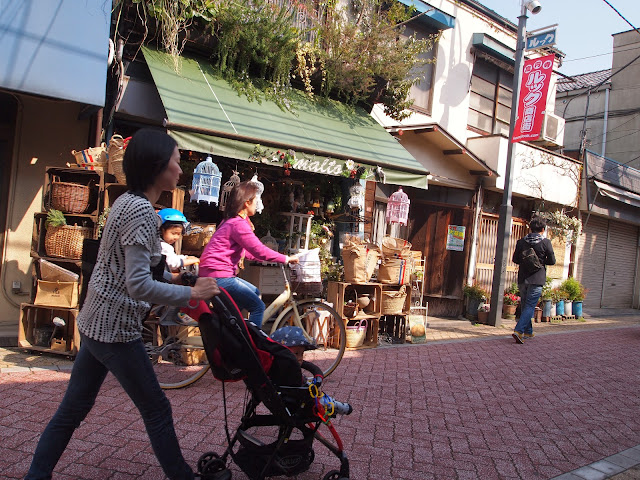 such a strange sight! 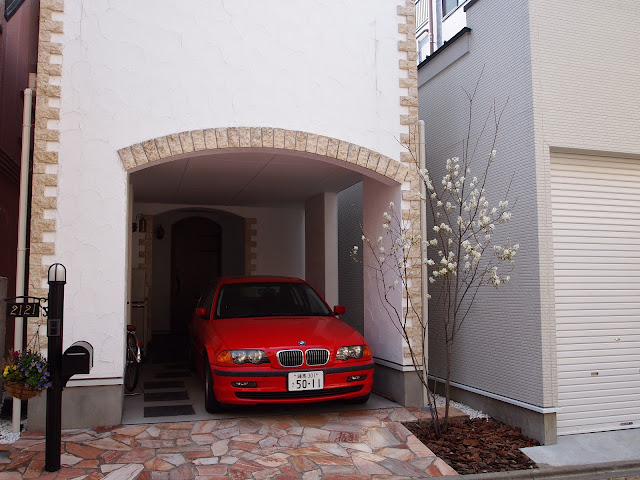 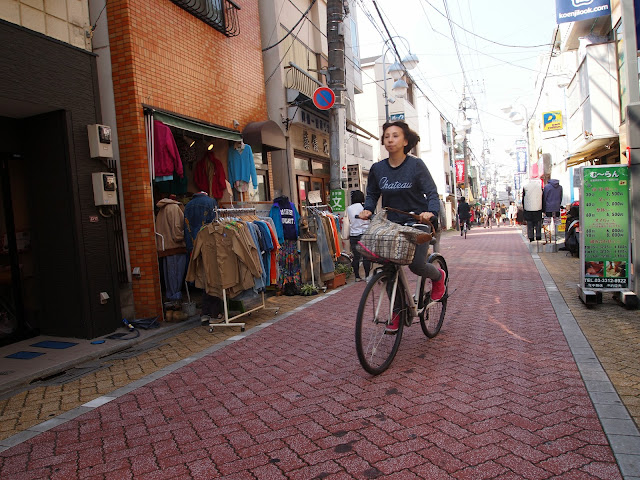 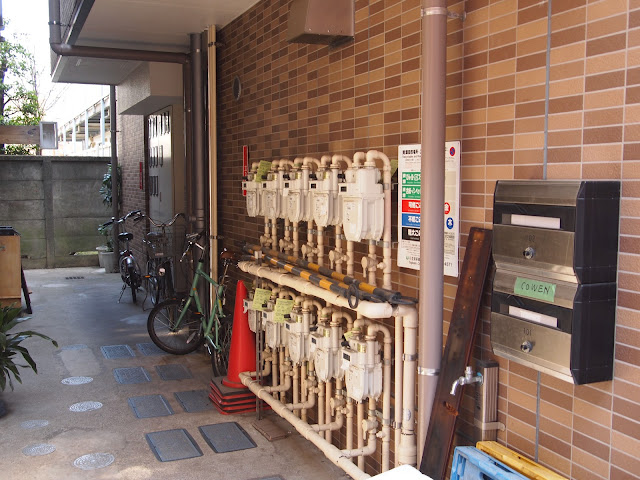 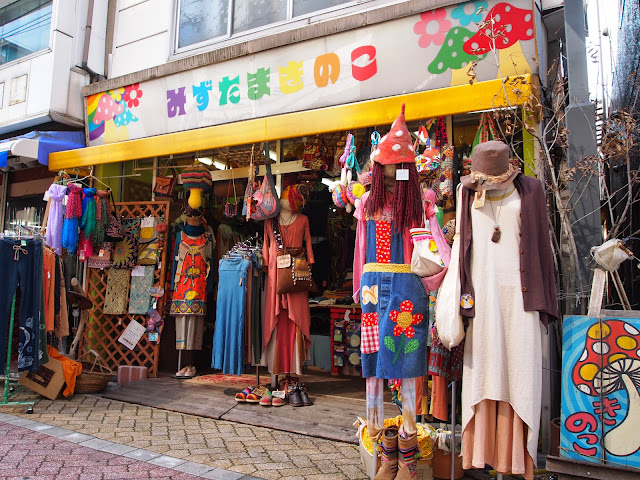 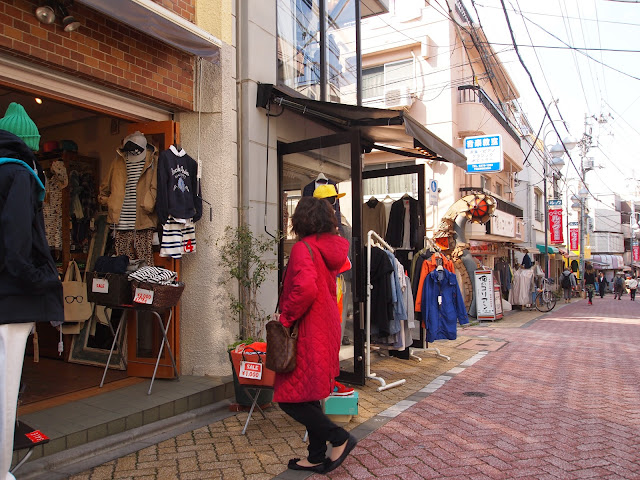 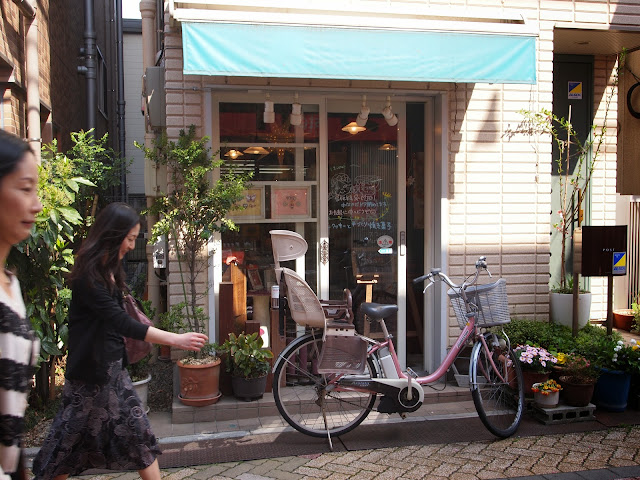 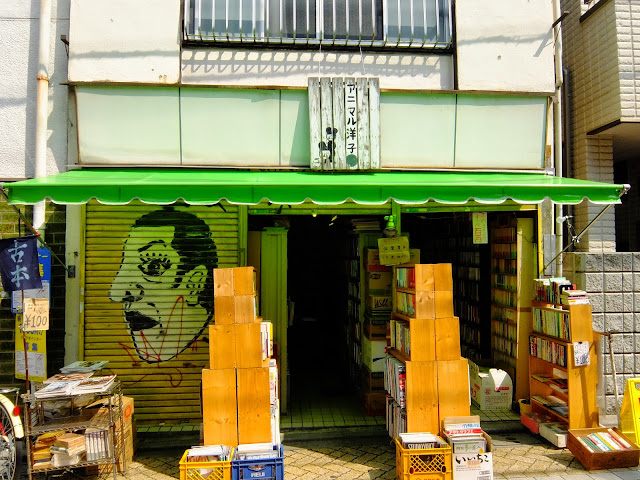 Wonda and walta, alone together in a quieter street. 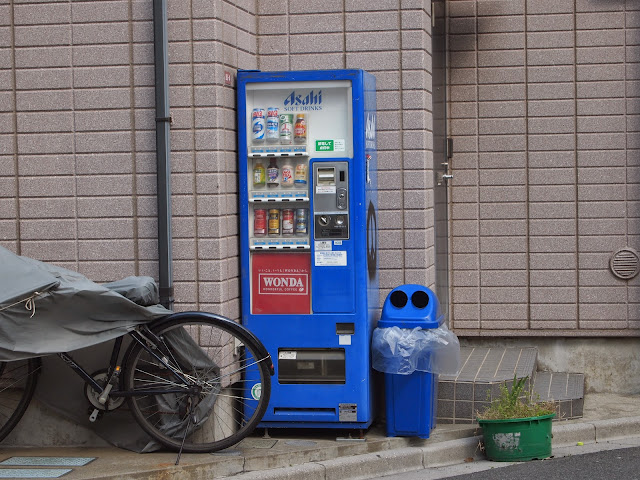 ...encountered on our way back to the train. 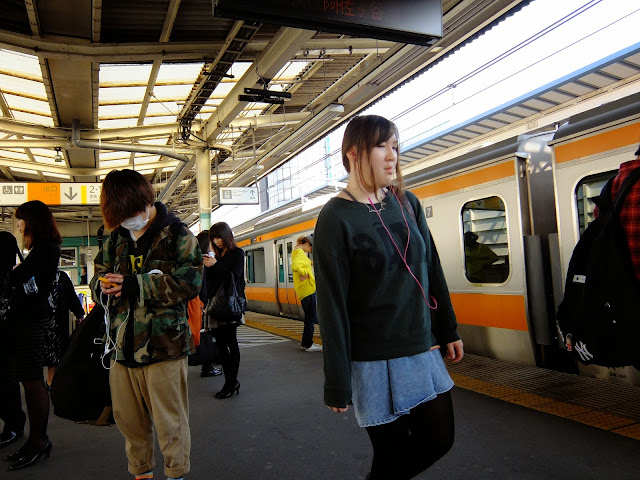